My analysis of Andrew Yang’s Freedom Dividend showed that the plan is progressive: for example, the disposable income of the bottom decile more than doubles, while it falls by 4 percent for the top decile. While the static analysis pegged the deficit impact at $1.4 trillion per year, a revenue-neutral version would also be highly progressive, reducing poverty and inequality.

But statistics like that are averages across tens of millions of people. Another visualization (below) showed that 10 to 15 percent of people in low income households come out behind. Households with income below $10,000 appear especially likely to be worse off. Why is this? 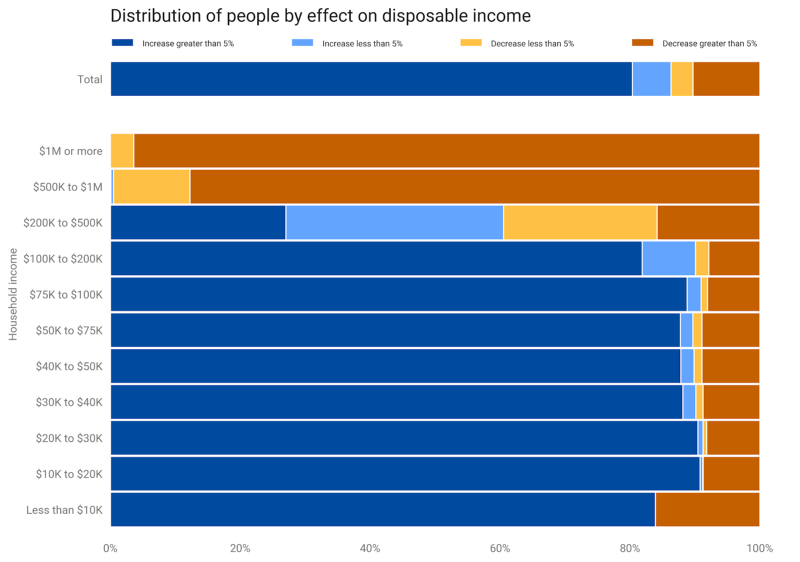 Why people come out behind

So why would households not get the UBI? There are three sub-buckets here:

How those reasons vary by income

That said, let’s take a look at how the reasons for coming out behind vary by income: 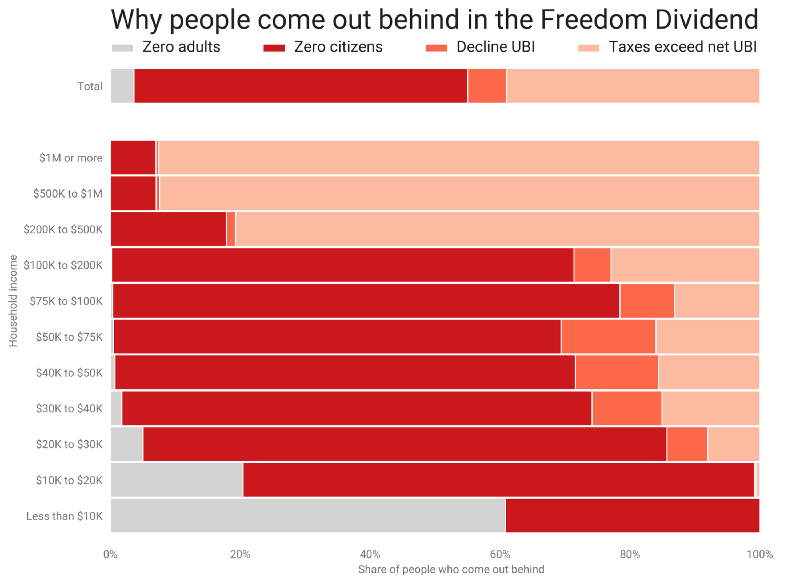 A few insights are evident:

One more caveat: This is not a counterfactual analysis. That is, this doesn’t show the share of people who would no longer come out behind if a policy lever were changed. Including citizens in the UBI wouldn’t make 7 percent of $500K+ households come out ahead, they’d just move to the “Taxes exceed net UBI” bucket.

But at lower incomes, the small “Taxes exceed net UBI” share suggests that removing the citizenship requirement would keep a lot of people from losing money. The dark red at the bottom also suggests that including children would keep low-income households from losing out, though that’s a less binary and more expensive policy choice.

Despite potential controversy over its benefit clawback provision, the feature of Yang’s plan that puts most low-income people behind is its limitation to adult citizens.

Updated 2019–07–15 to include more information on zero-adult households (tax filing units). See this GitHub issue for progress shifting from tax-unit-level analysis to household-level analysis, which will address this.