Today, one in five black Americans lives in poverty, nearly double the rate of white Americans. Meanwhile, the average net worth of white families is more than five times that of black families, and the median is more than seven times higher.

These gaps are the product of slavery, Jim Crow laws, housing laws denying black Americans federal mortgage subsidies, and many more injustices. Like whites-only covenants in housing deeds across America, we have yet to erase the economic legacies of our racist history.

A number of economic policies have been proposed to reduce these gaps, from “baby bonds” to expansions of refundable tax credits to reparations. How would universal basic income fare?

To answer this question, I went to the Census Bureau’s 2018 Supplemental Poverty Measure (SPM; see this Vox explainer on SPM’s improvements over the Official Poverty Measure) and the Federal Reserve’s 2016 Survey of Consumer Finances. I modeled how the black-white gaps1 in the SPM poverty rate, median wealth, and mean wealth change when providing each person (children, too) an unconditional payment each month. I don’t assume any funding, so this can be thought of as a lower bound on the gap closure, if the UBI were to be funded through progressive taxes.

The results show large effects from even modest UBIs. For example, a $200 per month payment would more than halve the black poverty rate, putting it below the current white poverty rate. This would cost about $800 billion per year. A $1,000 monthly UBI would reduce the poverty rate from its current 13 percent to roughly 1 percent for all racial groups, costing about $4 trillion. 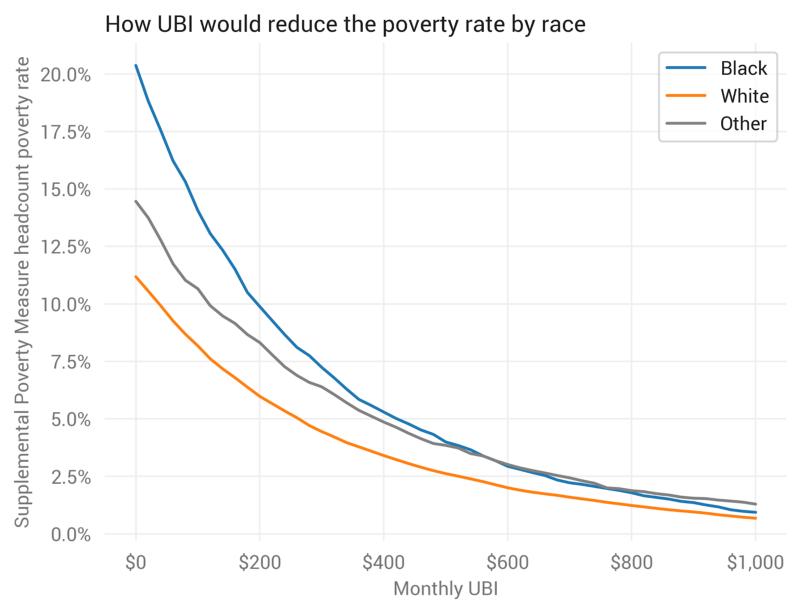 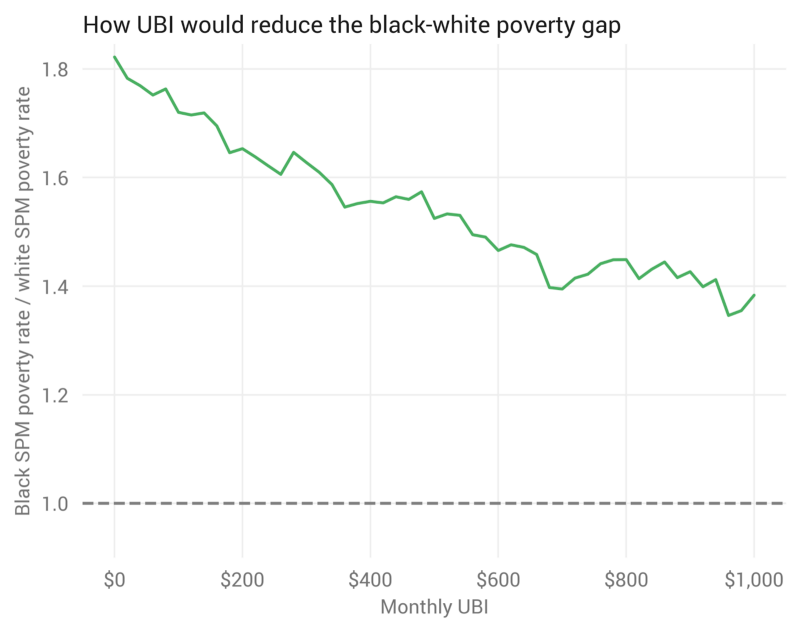 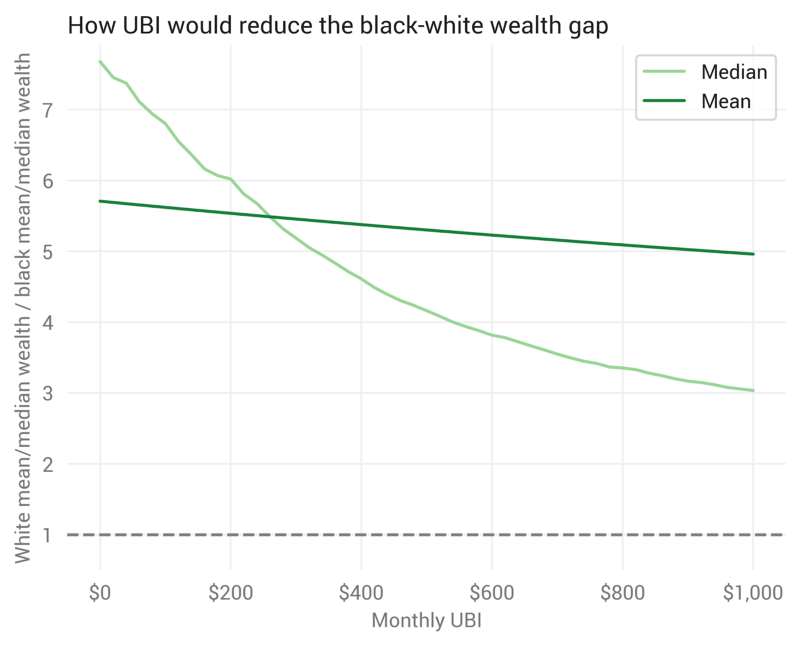 While this assumes people save their entire UBI, it only reflects the program’s first year. Given how income inequality contributes to wealth inequality, we can expect that the policy would shrink the racial wealth gap more in later years, as families accrue, invest, and bequeath parts of their ongoing UBI payments over time. 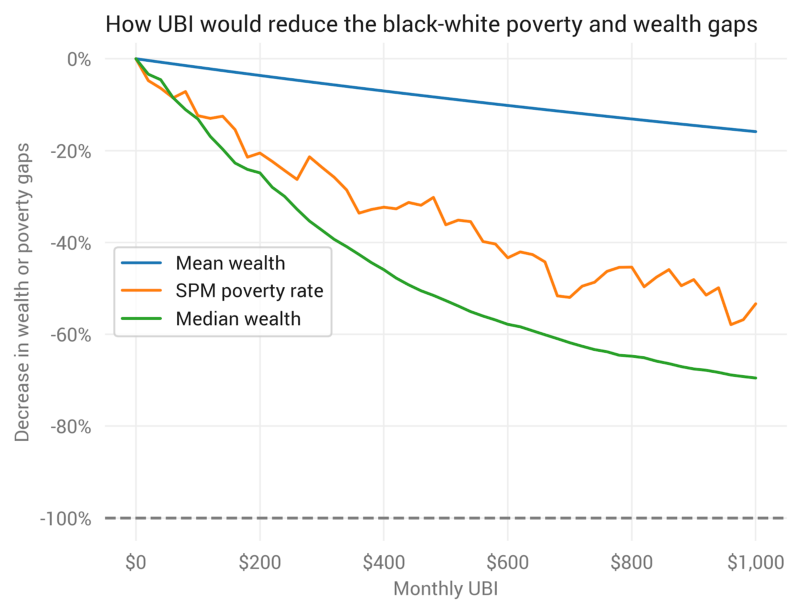 The severity of economic disparities between black and white families justifies considering a wide range of solutions. By avoiding exclusions or strings, UBI reaches everyone and cuts the gaps substantially. Let’s include it in the conversation.